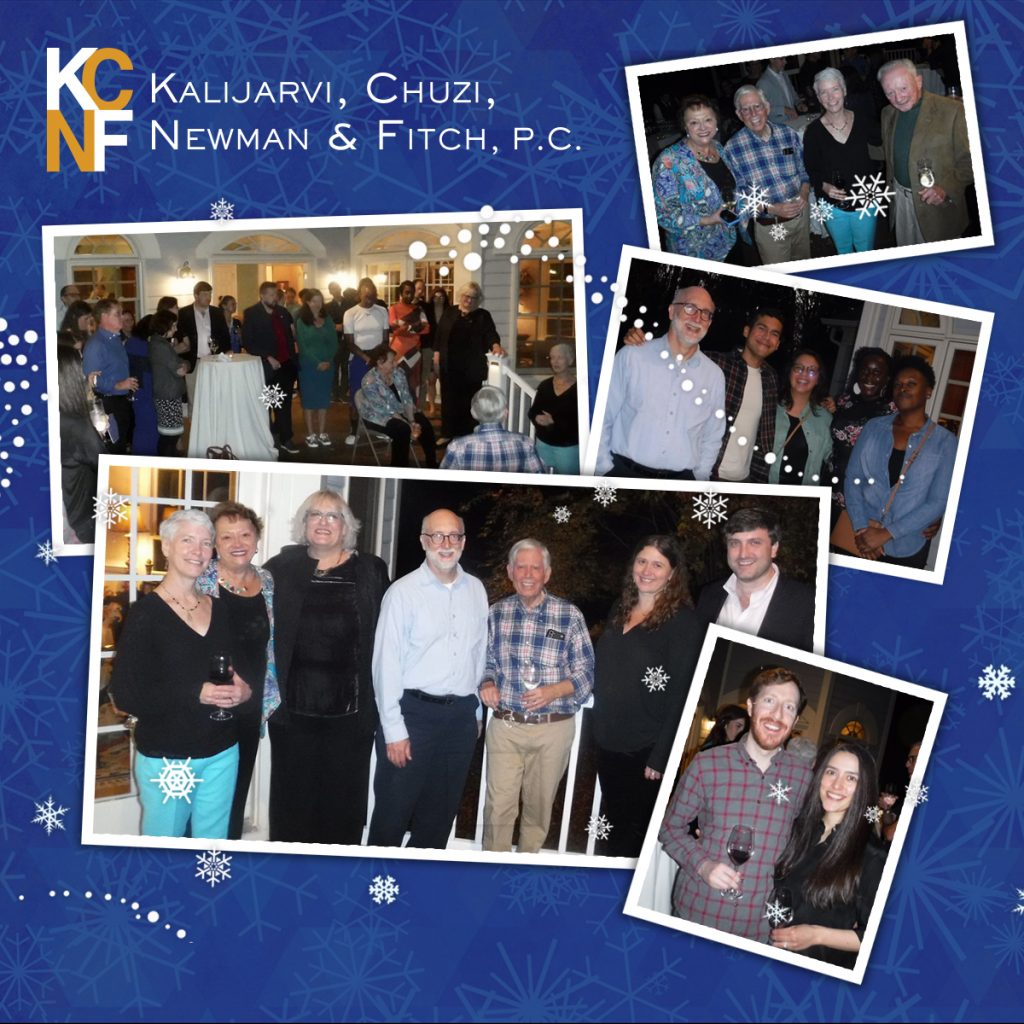 In 1978, June Kalijarvi received a letter from an aspiring lawyer seeking a law clerk position at her three-year-old firm. He shared June’s belief that everyone deserves equal opportunity employment and a workplace environment free of harassment and discrimination. He was given the job.

That law clerk was George Chuzi, and after 44 years of service at Kalijarvi, Chuzi, Newman & Fitch, P.C., he is retiring at the end of this year.

“People have asked, ‘Why have you stuck around so long?’ and I say, ‘Because I absolutely enjoy what I do. I get to help people get their jobs back.’”
~ George Chuzi

George has spent decades serving as a passionate and effective advocate for employees. In one of the high points of his illustrious career, he represented a female air traffic controller who had been verbally harassed. That case, Katz v. Dole, would set a precedent that a federal employee could be sexually harassed by language alone.

KCNF looks forward to continuing the legacy to which June and George dedicated their lives. It’s a legacy guided by compassion and a genuine concern for the well-being of others.

“Our firm’s original guiding principle holds true to this day – we do this work because we want to help other people. As we head into our next 45 years, KCNF intends to honor the legacy and wisdom of George and June.”
~ Elaine Fitch

We wish George and his family the very best in their next chapter.