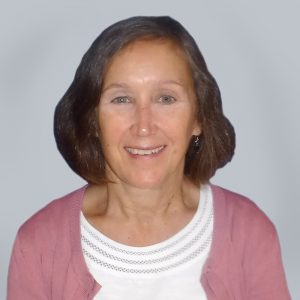 We are pleased to announce that Stacy A. Hickox has joined Kalijarvi, Chuzi, Newman & Fitch, P.C. (KCNF) as Counsel. She will focus on discrimination, retaliation, and disciplinary issues for employees.

Before joining KCNF, Hickox was an Associate Professor and Associate Director at the Michigan State University School of Human Resources and Labor Relations. In those roles, she taught both at the undergraduate and master’s levels, as well as several courses in the Labor Education and Human Resources Executive Education programs. Her research focused mainly on the Americans with Disabilities Act (ADA) and resulted in 25 published articles, with several concerning accommodations for people with disabilities, as well as issues of alternative dispute solution, bullying, and workplace harassment.

During this time, Hickox participated in a co-op with the Federal Labor Relations Authority in Washington, D.C., which gave her direct familiarity with federal employment practices and policies while she investigated unfair labor practice charges and assisted with the conduct of union elections.

Before joining the faculty at Michigan State, Hickox spent four years as a staff attorney for Michigan Protection and Advocacy Service (MPAS). This work involved representation of students seeking to obtain or retain special education services, many of whom were students with disabilities in Michigan’s juvenile justice and prison systems. She was the lead attorney in several federal lawsuits, including a claim against the Michigan Department of Corrections and a claim involving access to special education services for a student seeking to attend a school of their choice.

Hickox was the founder of and a faculty advisor for Spartan Fair Chance, a collaboration with the Northwest Initiative in Lansing, Michigan, to promote employment among clients with criminal records. She was also involved in the creation and oversight of the Michigan Employment Clinic, an online clinic that addresses barriers to employment faced by people in the state with disabilities or criminal records.

Hickox received her J.D. from the University of Pennsylvania Law School and her B.S. with honors from the Cornell University School of Industrial & Labor Relations.