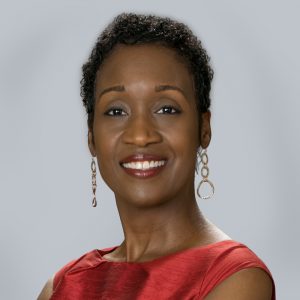 Deborah Nixon, an accomplished litigator with more than 25 years of experience, has joined the firm of Kalijarvi, Chuzi, Newman & Fitch, P.C. (KCNF) as counsel.

“Deborah is a skilled litigator and tenacious trial advocate,” said Elaine Fitch, KCNF Managing Partner. “Her experience in trying more than 2,000 trials, as well as her ability to handle matters with compassion and integrity, will provide enormous value to our clients.”

As an assistant district attorney for the City of  Philadelphia, Nixon gained recognition for her courtroom flair and acumen. Always a pioneer for fairness and equity in the law, she advocated for an alternative sentencing structure before the Pennsylvania Sentencing Commission and Philadelphia City Council. In 2013, the district attorney appointed Nixon to lead an Elder Justice task force, which involved the participation of multiple citywide stakeholders. The goal of the task force was to increase awareness of and penalties for elder abuse and financial exploitation of older adults. Nixon worked with banking institutions, elder care resource organizations, and police investigators to detect and deter financial crime and elder abuse.

After her work with the Philadelphia District Attorney’s Office, Nixon joined Fellheimer & Eichen LLP in Center City, Philadelphia, and more recently, Freedman & Lorry, PC. While at Fellheimer, she used her extensive trial experience to launch the firm’s first criminal practice group and expanded her practice to include civil rights and employment law.

Nixon is a graduate of the University of Michigan Law School. Her undergraduate studies were at the University of Pennsylvania, where she received a Bachelor of Arts in Sociology. She is licensed to practice in Pennsylvania and New Jersey. She is awaiting admission to the District of Columbia Bar and practices in the jurisdiction under the supervision of Elaine Fitch.