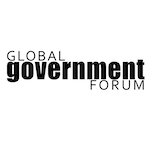 US feds can sign on to COVID-19 hazard pay lawsuit, March 17, 2022
A website has been launched to allow US federal government employees to join a lawsuit seeking to get hazard pay for working during the COVID-19 pandemic. The law firm Kalijarvi, Chuzi, Newman & Fitch, P.C. has filed a lawsuit seeking “seeking hazardous duty and environmental differential pay” for federal employees who were exposed to COVID-19 while performing their official duties. 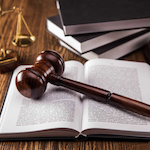 Some Federal Employees Can Sign Up for COVID-19 Hazard Pay Lawsuit, March 11, 2022
Federal employees who were exposed to COVID-19 in the workplace are now able to join a class-action lawsuit brought by the American Federation of Government Employees (AFGE) and a law firm. AFGE and attorney Heidi Burakiewicz, of the law firm Kalijarvi, Chuzi, Newman and Fitch (KCNF), filed a lawsuit in the Court of Federal Claims in March 2020 seeking compensation for federal workers who have been exposed to COVID-19 in the workplace. The lawsuit seeks 25% hazardous duty pay for exposed General Schedule employees and 8% environmental differential pay for exposed Wage Grade employees. 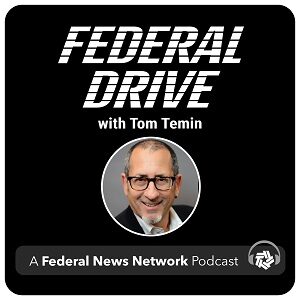 Federal Drive Podcast: Think you were exposed to COVID at work? There’s a lawsuit for that. March 7, 2022
The largest federal union has filed a class action lawsuit for employees who think they were exposed to COVID-19 at work. There’s even a website where people can sign on. With details, from the law firm Kalijarvi, Chuzi, Newman & Fitch, partner Heidi Burakiewicz spoke to the Federal Drive with Tom Temin. 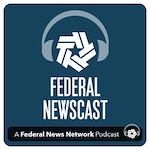 Exposed to COVID-19 on the job? New website lets you join class-action lawsuit for hazard pay. March 4, 2022
Federal employees who were exposed to COVID-19 while working can now join a class-action lawsuit. The American Federation of Government Employees, along with the law firm Kalijarvi, Chuzi, Newman & Fitch have created a new website for those who want to join the suit. AFGE said all of those exposed to COVID-19 on the job are eligible for hazard pay, so long as exposure to infectious diseases isn’t part of their job description. 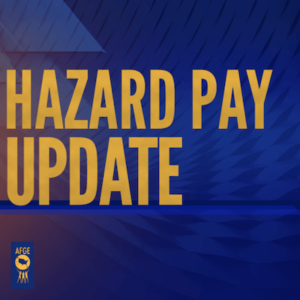 American Federation of Government Employees Continues Aggressive Fight for Hazard Pay for Federal Employees Due to COVID-19, March 3, 2022
Federal employees who were exposed to COVID-19 in the workplace are now able to join a class-action lawsuit brought by the American Federation of Government Employees and Heidi Burakiewicz of the law firm Kalijarvi, Chuzi, Newman and Fitch (KCNF). A new website has just launched that allows employees to join the lawsuit, which was the first case filed on behalf of workers arising out of the pandemic. 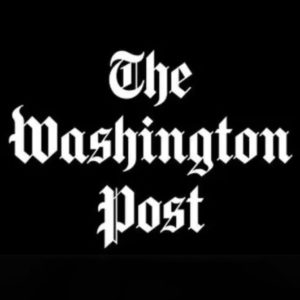 Washington Post: Prisoners and guards agree about federal coronavirus response: ‘We do not feel safe’
KCNF lead attorney Heidi Burakiewicz couldn’t be more proud of Troy!  Kareen “Troy” Troitino, a corrections officer and union president at Miami’s Federal Correctional Institution, spoke to The Washington Post as a representative of his union, and acknowledged that prisoners and guards don’t always find themselves on the same team; but in a pandemic, everyone’s fates are intertwined. “All of us are trying to survive,” Troitino said. “Your health affects me, and vice versa. Inmates and staff, we do not feel safe.” 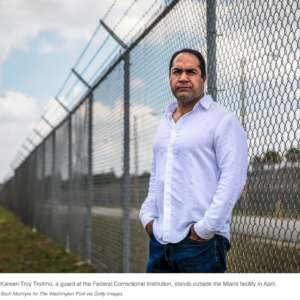 KCNF lead attorney Heidi Burakiewicz spoke with NPR about our hazard pay lawsuit and explained that federal workers “are risking their health and safety to go to work. They have the types of jobs that are necessary to keep the country up and running and safe.” She explained that federal law requires employees exposed to hazards, including “a virulent biological disease such as COVID-19,” are entitled to hazardous duty pay, “but the government’s not paying it to them.”

KCNF lead attorney Heidi Burakiewicz told the Washington Post about the amended complaint KCNF just filed seeking Hazardous Duty Pay for federal employees. “This is hitting the federal workforce harder and harder. The federal government doesn’t seem to have learned from mistakes in the past or improved at all to save people’s lives.” The coronavirus continues to spread unabated at federal worksites, especially the Bureau of Prisons, and we are committed to doing anything we can to help our clients survive this pandemic. 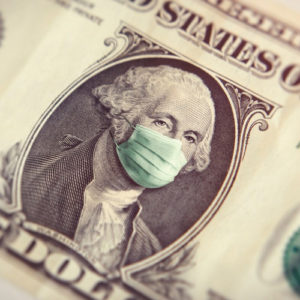 Plans to grant hazard or premium pay to federal employees that must work in positions that could expose them to the COVID-19 pandemic are in the works from multiple angles, but none are guaranteed, leaving the possibility of such pay, and whether it will be retroactively enacted, up in the air. KCNF attorney Heidi Burakiewicz and AFGE filed the amended complaint that alleges that the federal government has violated the law by not providing hazard pay to employees that were in positions with increased risk of COVID-19 exposure. 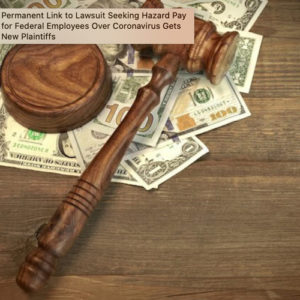 KCNF attorney Heidi Burakiewicz explained to FedSmith that the lawsuit seeking hazard pay for federal employees who have been exposed to the COVID-19 coronavirus has been amended to add new plaintiffs. The lawsuit, which was filed by AFGE and KCNF on behalf of plaintiffs from the Bureau of Prisons, Department of Agriculture, and the Department of Veterans Affairs, has been expanded to add new plaintiffs from the Department of Labor, Social Security Administration, Federal Grain Inspection Service, multiple Department of Defense components (including the Air Force, Army, and Defense Commissary Agency), and multiple Department of Homeland Security components (including Citizenship and Immigration Services, Transportation Security Administration, Customs and Border Protection, and Immigration and Customs Enforcement). 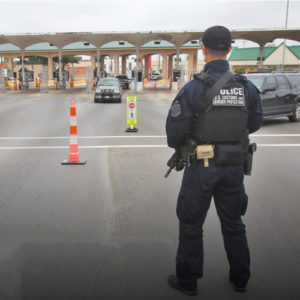 KCNF attorney Heidi Burakiewicz explained to The Monitor that employees of several federal and government entities were added to a lawsuit against the federal government demanding hazard pay, according to an amended federal civil lawsuit filed Wednesday.

KCNF attorney Heidi Burakiewicz  explained to the Federal News Network that, in conjunction with the American Federation of Government Employees, KCNF is making a renewed push in court to score hazard pay for federal employees working on the frontlines of the pandemic. The original suit was filed a class action lawsuit on behalf of five federal workers back in March. 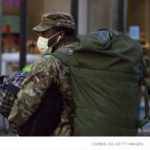 KCNF attorney Heidi Burakiewicz  told Forbes that “[i]t is extremely disheartening that since we filed the original complaint in March, the federal government does not seem to have improved working conditions,” and that we “will take action to make sure employees are compensated and protected for risking their health and safety to keep the country up and running.”  Federal employees from 13 departments, including Immigrations and Customs Enforcement, the U.S. military branches and the Department of Homeland Security have filed a class-action lawsuit against the Trump administration claiming additional compensation for exposure to coronavirus while performing official duties.

KCNF attorney Heidi Burakiewicz, the lead attorney on the suit, told FCW Insider that four months after initially filing, more plaintiffs have been added from several new agencies in its lawsuit seeking hazard pay for federal employees exposed to the coronavirus.

KCNF attorney Heidi Burakiewicz, the lead attorney on the suit, told the Washington Post that even if more protective equipment is provided, the law requires paying the differentials where safety measures “have not practically eliminated the potential for such personal injury.”

KCNF attorney Heidi Burakiewicz tells the Washington Post that we are “doing everything we can to help…employees…exposing themselves and their families or losing their jobs.” 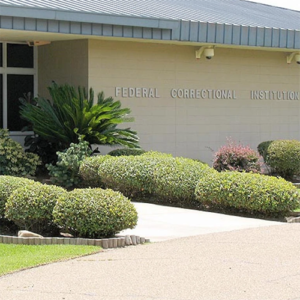 Vice News reported that KCNF attorneys  filed a class-action lawsuit seeking hazard pay for federal workers exposed to the coronavirus while on the job. Three plaintiffs in the lawsuit are from Oakdale, including a correctional officer who claims he was ordered to transport a sick prisoner to the hospital with no protective equipment beyond a pair of gloves. 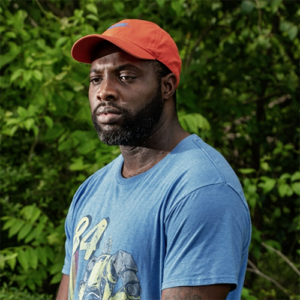 An oral history of the first fatal outbreak in the federal prison system, in Oakdale, La.

Heidi Burakiewicz told the New York Times Magagine that “Federal employees are risking their lives and the lives of their families every day when they leave their homes…All of these men and women, and many others working in jobs across the federal government, have met the legal standards outlined in Title 5 and the government needs to give them their hazard pay differential.”

So far, employees for the government, a hand bell factory and a hair salon have filed class actions, and lawyers predict many more to come, as about 22 million people file for unemployment claims.
Heidi Burakiewicz explains that “They’re all being exposed to the same hazard, the coronavirus, through the performance of their job duties.” “This is about the workers versus the government.” She went on to point out that “Unions…have never been more important than they are now.”

As virus spread at Oakdale prison, healthy inmates weren’t always separated from sick ones; coughing echoed through the hallways

Federal workers at airports too, like the workers at prisons and other federal institutions, are in danger of getting sick and AFGE is demanding protective measures for all of them.

The threat of coronavirus is particularly acute for people trapped in the justice system.
The union says the agency has failed to protect workers at its 122 facilities.

Officials are growing increasingly concerned for inmates and staff. The federal government needs to take immediate steps to protect federal employees and get them the personal protective equipment they need.

Erich Wagner and Tom Shoop joined the podcast to talk about the hazard pay lawsuit and the future of hazard pay for feds during the pandemic.

The lawsuit, which AFGE and KCNF filed in the U.S. Court of Federal Claims, seeks back pay, plus interest and any associated attorney fees, for all class-action plaintiffs who were potentially exposed to the coronavirus at work without the proper protective gear from Jan. 27 through the present.

Tonight, one of the largest federal workers union is suing the federal government for failing to give hazardous duty pay to workers who’ve been potentially exposed to the coronavirus.