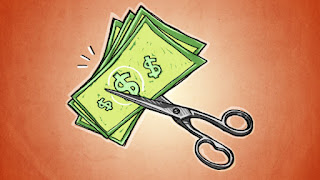 A large contingent of the 115th United States Congress, which convened on January 3, 2017, has made no secret that it plans to take steps to reduce employment protections for federal employees over the coming months.

First, the House of Representatives revived a 19thcentury rule, first adopted in 1876, that was dropped from its procedures over 30 years ago.  This rule, called the Holman Rule, gives each Representative the power to target the funding of specific government agencies and their employees by proposing an amendment to any appropriations bill to slash funding to particular federal program or to entirely eliminate certain positions within agencies.
While the Holman Rule originally was on the books, Congress used it sparingly.  However, in today’s increasingly partisan environment, there are concerns that Representatives may use the Rule to make civil servants and public programs susceptible to political influence by allowing elected officials to remove funding from departments that they disapprove of.  In this scenario, certain non-partisan federal employees, for example, those working on climate change, could find themselves in the cross-hairs of Congress’ political whims.
Next, there are reports that Representative Todd Rokita will reintroduce his bill from last October, called the Promote Accountability and Government Efficiency (“PAGE”) Act. If passed, this law would make all new federal hires at-will employees and allow agencies to immediately suspend or remove current civil servants without warning and – possibly – without the right to appeal.
Unlike their counterparts in the private sector who are mostly employed “at-will” – meaning the terms and conditions of those workers’ employment can be changed at the will of the employer for no reason – the majority of full-time federal government workers are protected by civil service laws, which guard them from unreasonable and unfair terminations and demotions.
Currently, civil servants, through the Due Process Clause of the 5th Amendment to the Constitution and various federal laws, must be given notice and an opportunity to be heard before the government can fire them, reduce their pay, or take other adverse employment actions.  Groups representing federal employees are concerned that Representative Rokita and other lawmakers want to make it easier to bypass these laws and fire competent civil servants in order to reduce the footprint of the federal government.
It is not clear exactly how Representatives could legally get around the nation’s civil service laws with either the Holman Rule or the PAGE Act to remove a particular civil servant, but federal employees should be aware that Congress has set its sights on reducing workers’ employment protections and contact an attorney at the first sign of trouble.
This blog is provided to our readers for informational purposes only.  It is not offered as legal advice. Communication of information through this blog does not create an attorney-client relationship. You should not rely upon information contained in this blog without first seeking professional legal advice. If you would like a telephone screening or consultation with a KCNF attorney, you are welcome to call 202-331-9260 to begin our intake process, or submit your legal issue at kcnfdc.com/contact.