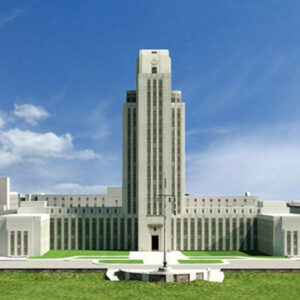 The Washington Post has recently reported that the Walter Reed National Military Medical Center required medical staff to sign nondisclosure agreements (NDA’s) when President Trump was treated for an undisclosed reason in November 2019. The report claims that the requirement “rankled some personnel.”

Those personnel, and other federal employees, should know that there are limits to the effectiveness of NDA’s in the federal government. In 2012, Congress passed the Whistleblower Protection Enhancement Act (WPEA), which prohibits federal agencies from entering into or enforcing any NDA that does not include specific text that protects whistleblower disclosures. 5 U.S.C. § 2302(b)(13). Thus, if an employee has a reasonable belief of “a substantial and specific danger to public health or safety,” no NDA can restrict their right to make lawful disclosures about that danger.

Even employees with security clearances have some protected avenues for disclosures. If they are civilian employees, they can make whistleblower disclosures to the Inspector General (IG) or the Office of Special Counsel (OSC). 5 U.S.C. §  2302(b)(8)(B). Military service members, such as the physicians at Walter Reed, can make disclosures to the IG, or, if it is lawful, to members of Congress. 10 U.S.C. § 1034.

The White House claimed that physicians treating the President are bound by patient-physician confidentiality under HIPAA. However, even HIPAA regulations permit certain whistleblower disclosures. 45 C.F.R. § 164.502(j)(1). If an employee of a covered entity believes that, “the care, services, or conditions provided by the covered entity potentially endangers one or more patients, workers, or the public,” then they are permitted to disclose their concerns to “ health oversight agency or public health authority authorized by law to investigate or otherwise oversee the relevant conduct or conditions,” or to an attorney retained to advise the employee about their options under the law.

The law governing whistleblower protections and NDA’s is complicated and evolving. Employees may have multiple options for disclosing their concerns and experienced legal counsel can help them chose their best option.