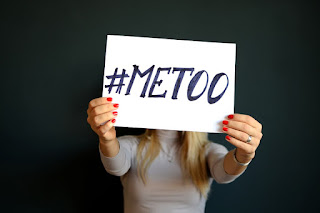 Recent news reports have exposed an insidious culture of harassment and retaliation within the U.S. Forest Service, an agency within the U.S. Department of Agriculture. Female firefighters have had to deal with everything from rape while on duty, to constant exposure in the field to explicit pornography, to derogatory comments on their appearance and personal lives, all while managers either committed the abuse, or looked the other way.  Shockingly, these discriminatory behaviors are not isolated incidents, but are endemic within the Agency.

Stories relayed by women demonstrate that the culture of discrimination extends beyond sexual harassment to a general gender bias within the Agency. For example, one of the women, Abby Bolt, realized that she was being treated differently than her male coworkers in terms of work hours and duties after she became a single parent in 2014.  She filed an EEO complaint alleging gender discrimination and, almost immediately, the retaliation and hostile work environment intensified. Her managers took away the duties critical to her career advancement and switched her office location to one that doubled her commute. Her supervisors also started disciplining her for minor infractions – incidents that would not incur a similar rebuke if committed by a male coworker. This past fall, anonymous, disparaging notes were left in her office mailbox and someone scrawled “QUIT” on the windshield of her car parked in a Forest Service lot.
We represent Ms. Bolt and, as I told the Washington Post, she, like many other women throughout the Agency, did exactly what she was supposed to – she took her issues up the chain-of-command, she got the union involved, and she contacted the EEO office.  Yet, at every single stage, both the Forest Service (and its parent Agency, Department of Agriculture) dropped the ball and refused to rectify the situation.
After these stories surfaced, attention turned to the Chief of the Forest Service, Tony Tooke.  It was soon discovered that prior to his appointment as Chief, Mr. Tooke had been under investigation for having inappropriate relationships with subordinates while working in Forest Service leadership.  This conduct did not affect his appointment.  However, in the aftermath of these reports, Mr. Tooke resigned within a week. The Forest Service quickly replaced Mr. Took with a female veteran of the Agency, Victoria Christiansen, but it is not yet clear what lasting changes will be made to improve the working environment of Ms. Bolt and the other women whose careers have been darkened by this despicable behavior.

Abby Bolt is represented by Kalijarvi, Chuzi, Newman, and Fitch. If you have concerns about workplace sexual harassment or gender discrimination and would like to speak to one of our attorneys, please call 202-331-9260 to begin our intake process, or submit your legal issue here.