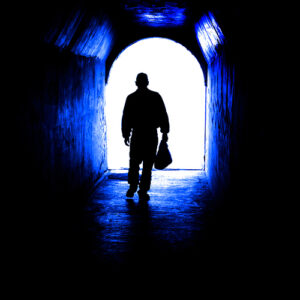 Before he was elected, Joe Biden promised to reinstate and expand protections for federal employees, taking action on his first day in office to restore collective bargaining rights and workplace due process stripped by Trump administration orders. AFGE Presidential Candidate Questionnaire, Biden, p. 4, available here. Now, after the election, federal employees are looking forward to a reprieve from repeated attacks on them during the last four years. And some employee groups are spelling out just what they think is needed to return federal workers to the security they enjoyed before Trump.

The American Federation of Government Employees, the largest federal employee union, is asking the incoming administration for the rescission of anti-union, anti-employee executive orders, focusing in particular on three EOs issued in May 2018 that made it much harder for unions to represent federal employees and made it easier for the government to fire them, as well as to the EO issued October 26, 2020, establishing Schedule F and seeking to make federal workers at-will employees and susceptible to being hired or fired for political reasons. The National Treasury Employees Union has just published its United for America: Recommendations to the Presidential Transition Team. Like AFGE, it calls for the recission of these four EOs and adds another as well: EO 13950, issued 22 September 2020.

While both unions offer recommendations focused on restoring unions to their previous role in the federal workplace (the focus of the May 2018 EOs), all five of the EOs targeted in their recommendations broadly affect employee’s rights to workplace due process. The recission of these EOs, promised by Biden and now eagerly awaited by federal workers, is a necessary step towards restoring the protections federal employees have long enjoyed and that have functioned to insulate the federal workplace from the corrosive effects of political coercion.

Perhaps the most insidious of these executive orders is the most recent: EO 13957 Creating Schedule F in the Excepted Service (October 26, 2020). This allowed all competitive service employees serving in “positions of a confidential, policy-determining, policy-making, or policy-advocating character” to be moved to the Excepted Service under Schedule F. This move to Schedule F would have the effect of stripping these employees of their civil service due process rights and making them vulnerable to political coercion. EO 13957 is a major step towards re-politicizing the civil service, returning it to its pre-Pendelton Civil Service Reform Act status as a collection of jobs used as spoils for each administration to support the president’s own political party. The effect of stripping senior civil servants of their protection from political coercion would undermine American democracy as much as harm any individual civil servant. (See our earlier blog on EO 13957 )

President Trumps’ earliest assault on the Federal workforce arrived in the three EOs issued on May 25, 2018, which are the focus of the federal unions’ concerns and of Biden’s pre-election promises. These Orders, EO 13836, 13837, and 13839, went far to reduce the ability of unions to represent federal workers. EO 13839 Promoting Accountability and Streamlining Removal Procedures Consistent with Merit System Principles, in addition, has weakened the procedures used to discipline and remove civil servants. Progressive discipline, long a bedrock principal of federal sector discipline, has been eliminated; settlement agreements are no longer able to change a suspension or removal, and limits have been placed on union grievance procedures. Unwinding the effect of these orders, and especially those that are now more than two-years old, will involve not just rescinding the orders themselves, but rescinding, as well, all of the policies, guidance, and regulations from OPM, DOL and elsewhere implementing the EOs. NTEU has spelled out for the incoming administration what is needed for each order.

Candidate Biden also promised to ensure that the rebirth of the Merit Systems Protection Board, the administrative board created to hear federal workers’ appeals of demotions, removals, and lengthy suspensions, among other things. AFGE Presidential Candidate Questionnaire, Biden, p. 4, available here; see also NTEU Report, p. 6. While employees can still appeal these actions to an Administrative Judge, who will hold a hearing, the Judges’ decision can no longer be reviewed because the Board has lacked a quorum for the past three years and now has no members at all. The appointment of members to the MSPB would further address critical rights that federal employees have long possessed but lost under the Trump administration.

A merit-based, non-partisan federal civil service has long been one of the bedrocks of our national Government. Joe Biden promised much to federal employee during his campaign, and federal worker are eagerly awaiting the promised return of the protections they once enjoyed, but perhaps took for granted.