If the Clearance Level of My Job Changes, Do I Have Any Rights? 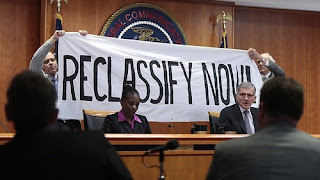 You’re in a job that doesn’t require a clearance and, all of a sudden, you’re notified that your job has been reclassified and now you must either apply for a clearance or move to a non-sensitive position. You’re given a few weeks to finish the application. Do you have any rights?

Two years ago, the federal Office of Personnel Management issued new regulations to systematize the sensitivity designation of all positions in the federal government. These regulations fulfill presidential directions issued through Executive Order 10450.

Every new position in the federal government must have a sensitivity designation established by the “position designation” protocol set forth in these regulations and implemented by the Office of the Director of National Intelligence (ODNI) and the Office of Personnel Management (OPM). Significantly, the 2015 regulations also required that agencies reassess all current positions by July 6, 2017. Because a position’s sensitivity designation affects what sort of clearance the person holding the position must have, this reassessment has forced some federal employees to qualify for clearances or be removed from positions they have held for years.

Each federal agency decides whether a clearance is required for every position, whether the position is newly-created or has been on the books for decades. They do this by assigning a “sensitivity designation” to a position, using standards set forth in 5 C.F.R. § 1400 and implemented by OPM through a Position Designation Automated Tool.

Under E.O. 10450, Security Requirements for Government Employment, a national security position is defined as, “any position in a department or agency, the occupant of which could bring about, by virtue of the nature of the position, a material adverse effect on the national security.” The mandated “position sensitivity designation” must reflect “the responsibilities and assignments of the position as they relate to the impact on the national security, including but not limited to eligibility for access to classified information.” 5 C.F.R. § 1400.101(b).

To hold a Noncritical Sensitive position a person must be eligible for access to Secret, Confidential or “L” classified information or, alternatively, the position must simply have “the potential to cause significant or serious damage to the national security.” 5 C.F.R. § 1400.201(a)(1).

A Critical Sensitive position, most often requiring a Top Secret or “Q” clearance, is one that has “the potential to cause exceptionally grave damage to the national security.” 5 C.F.R. § 1400.201(a)(2) The regulations detail twenty types of positions that might qualify as Critical Sensitive, including those “involving development of war plans . . . military operations, or critical . . . items of war” (§ 1400.201(a)(2)(iii)), those “in which the occupants have unlimited access to or control of access to designated restricted areas” (xix), and those who investigate other Critical Sensitive positions (xxi).

Whether a position is designated as Noncritical Sensitive, Critical Sensitive, or Special Sensitive determines the clearance level required for a person to hold that position. If an existing national security position is now determined to require a higher level clearance, the agency is given only 14 days to initiate the new investigation of the incumbent to determine whether he or she may be granted the higher level access newly required for the position. The regulations make clear that the agency may require the incumbent to submit to the new investigation, providing updated information and releases. It is up to the agency to decide whether the incumbent may continue to hold the sensitive position pending the new investigation. An incumbent who is denied the higher-level access that is newly determined to be necessary is entitled to all of the procedural rights available to anyone denied a clearance, including notice of the specific reasons for the decision and an opportunity to respond. 5 C.F.R. § 1400.301(c)(1).

Nothing in these regulations, however, provides for the incumbent to challenge the re-designation of a national security position as requiring a higher (or lower) clearance. Indeed, the Federal Circuit in Kaplan v. Conyers, relying on the Supreme Court’s decision in Navy v. Egan, held that, “absent congressional action, judicial review of national security matters is generally prohibited.” In Kaplan, the court concluded that this prohibition extended to a challenge to the security designation of a position.

Nevertheless, an affected employee who believes that the security designation of a position has been changed in order to discriminate or retaliate for prior EEO activity may challenge the change through the Agency’s own internal EEO process. Alternatively, if the affected employee claims that a security designation is a reprisal for the employee’s protected disclosure, that employee could use the whistleblower protections established by the Intelligence Authorization Act. The time limit to initiate the federal-sector EEO complaint is 45 days. The Intelligence Authorization Act allows 90 days for a whistleblower complaint.