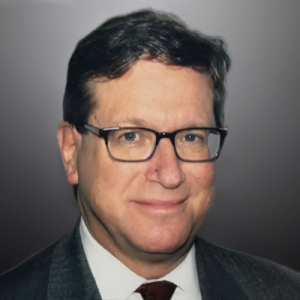 Steve Pershing, a veteran civil rights litigator and law professor, has joined Kalijarvi, Chuzi, Newman & Fitch, P.C. as Of Counsel. His practice will focus on representing employees in disputes with their employers.

“Steve has dedicated his life and career to advocating for marginalized communities and challenging racial and social injustice in our systems and institutions, and I could not be more thrilled that he has chosen to bring his experience and dedication to our firm,” said Elaine Fitch, managing partner for KCNF.

“I am delighted to be joining KCNF,” said Pershing. “I am looking forward to working with this group of talented attorneys and continuing to provide the best representation to clients suffering discrimination in all aspects of their employment.”

From the late 1980s to the mid-1990s, Pershing developed and litigated civil rights and liberties cases as legal director of the Virginia ACLU and has served on its legal panel ever since. From 1996 to 2005, he was a senior attorney in the Civil Rights Division of the U.S. Department of Justice (DOJ), litigating for minority voting rights across the nation. After leaving the DOJ, Pershing served for four years as senior counsel at the Center for Constitutional Litigation, P.C., in Washington, D.C., a boutique firm aligned with the plaintiffs’ trial bar that litigates civil justice issues nationwide under the U.S. and state constitutions. Before joining KCNF, he had his own solo practice.

For more than 20 years, Pershing has taught voting rights law as an adjunct professor at the George Washington University Law School and has also taught law at the William & Mary Law School and American University’s Washington College of Law. From 2009 to 2011, he was the first full-time director of the UCDC Law Program, an intensive Washington semester program for the law schools of the University of California, and in 2011, he founded a similar program of his own as a nonprofit consortium of law schools.

Pershing received his undergraduate degree from Harvard University and his law degree from the University of Virginia Law School, where he successfully sued his alma mater on behalf of student protesters under the First Amendment. He also served as a law clerk to U.S. District Judge Julian A. Cook, Jr., of the Eastern District of Michigan in Detroit.